Rappin' 4-Tay is currently looking for beats for New Project 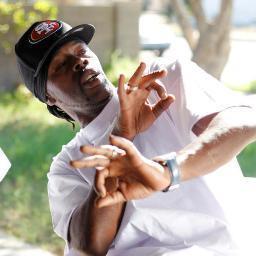 San Francisco-based Rappin' 4-Tay (aka Anthony Forté) was fresh out of high school when he debuted on record on Too Short's "Don't Fight the Feelin'" (from Life Is...Too Short). A conviction for selling marijuana landed him in prison for ten months, but he returned in 1991, forming Rag Top Records with friends Franky J and Fly. In January 1992, they released his debut, Rappin' 4-Tay Is Back!!!. His second album, Don't Fight the Feelin', made him a local favorite, due to his hardcore style, which didn't romanticize the ghetto. After 1995's I'll Be Around, 4-Tay returned a year later with the celebratory Off Parole. 4 tha Hard Way followed in 1997, and he resurfaced two years later with Introduction to Mackin'.

Rappin' 4-Tay is looking for Beats for a new project. At present, we don't have any details as to what the new project is.

Step 1:
Enter your contact details in the boxes below.
Step 2:
Select your beats from your device, or drag & drop.
Step 3:
Click "Upload", and Rappin' 4-Tay will be in touch if they want to use your beats.

Let your fellow producers know how to send beats to Rappin' 4-Tay!

Want to know if Rappin' 4-Tay downloads your beat? Sign up today!